Our team is comprised of genuinely gifted minds 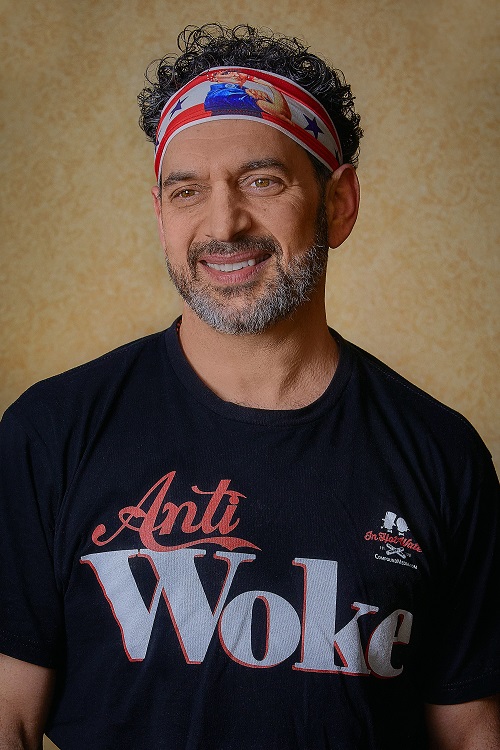 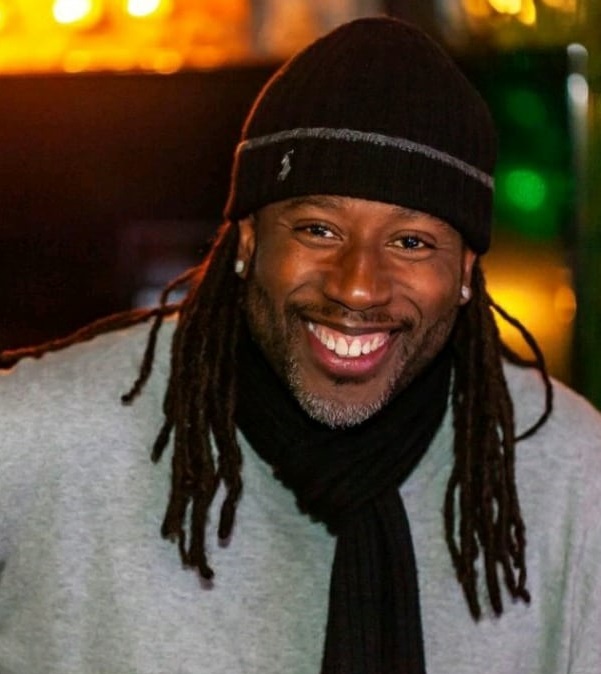 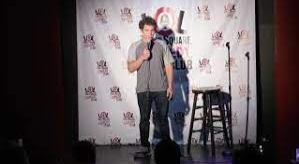 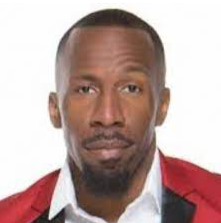 Bob DiBuono has established himself as one of the most dynamic acts on stage. With a sarcastic and edgy wit coupled with a high energy

Bob DiBuono has established himself as one of the most dynamic acts on stage. With a sarcastic and edgy wit coupled with a high energy and animated delivery, he exposes the absurdities in life, his family and social conscious. With an “Every Man” likeability and great versatility, he moves in and out of voices, impressions and characters which illuminate his point of view connecting to audiences all around the country.Bob performs around the country in many of the clubs has been seen on E! Gossip Show, MTV’S “TRL”, The Today Show and FOX’S Red Eye. He also appears frequently on The Jim Bruer Show on Sirius and has been on Opie and Anthony on XM.. Bob is currently the voice on the SPIKE TV Men’s Choice Awards commercial!!

Jason Kanter is a stand-up comic, writer, and smiling purveyor of dark wit and (sometimes) unpopular opinions. He’s performed everywhere across the country, from comedy clubs of hundreds to theaters of thousands and bars of a half-dozen. His median appearances include TV’s uncensored Gotham Comedy Live, The Travel Channel, SiriusXM Radio and The Artie Lange Show.

Tom Daddario has been a stand up comic in and around NYC for 18 years.
Has been seen on Comedy Centrals “Michael and Michael Have Issues”

Tom Daddario has been a stand up comic in and around NYC for 18 years.
Has been seen on Comedy Centrals “Michael and Michael Have Issues”
Has a half hour special on Sirius/ XM radio.
Has been featured in the New York Times and Daily News.
Has an indi film due out in the summer called “Night Bird” Directed by Damian Chapa
Performs at The Borgata in Atlantic City, Mohegan Sun, Foxwoods Casino and Catch a Rising Star

JAY NOG is a former elementary school teacher and has been entertaining audiences with his rambunctious stand-up comedy since 2004.

JAY NOG is a former elementary school teacher and has been entertaining audiences with his rambunctious stand-up comedy since 2004. At first Nog appears scruffy and blunt, but audiences quickly discover his soft side and feel at home with his playful sarcasm. Nog has been featured on MTV, MLB Network, in Talent in Motion magazine as one of NYC’s “top up-and-coming comics”, Nat Geo’s Brain Games, MSG Network, and as a guest host on AMC’s “Movie Date Night”. Nog has opened for national headliners Jim Florentine, Dom Irrera, Adam Ferrrara, Rich Vos and Patrice O’Neal. He was a writer for MTV2’s Guy Code, featured on AOL sports show 2 Point Lead, and is the man behind the viral video 5 Hours Walking around NYC as a Jets Fan. He is also the host of The Prank Call Podcast and co-hosts the live comedy show Paid or Pain with Lisa Ann. 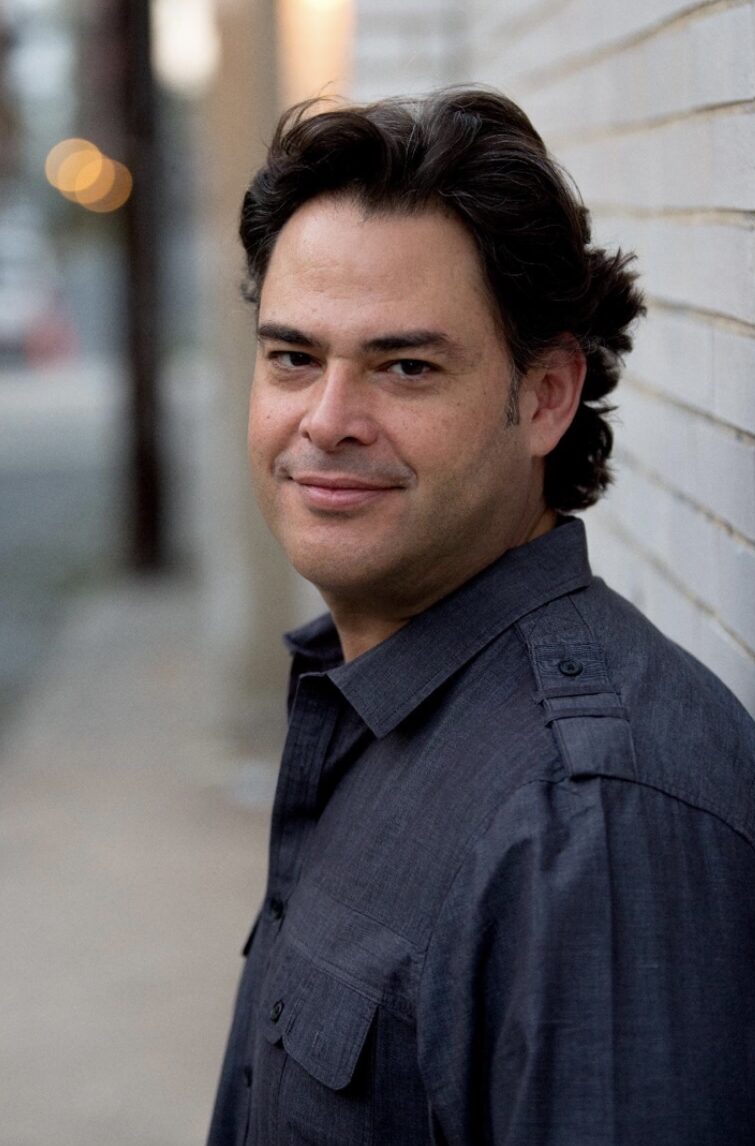 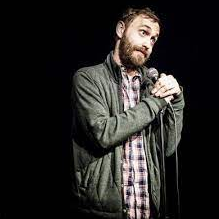 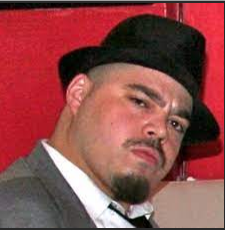 Dave Temple is the Spotlight stealing comic that has clubs managers and college bookers across the country asking, “Where did you find this guy?!”

Originally from Philadelphia, Dave began stand-up comedy as a challenge amongst friends. Always known to be a gravitating force in social settings, he and 7 of his friends decided to put their entertaining skills to test. They were to meet at a local open-mic. However, only one of his buddies showed and as the saying goes “the rest is history.”

Dave brings an unadulterated view on life and his immediate surroundings with a poignancy that is unparalleled and leaves every single audience in stitches.

A former MetLife insurance salesman, Citizens Bank Banker, and IT Software/Hardware Salesman, Dave has left promising careers to pursue his dreams on highways, rental cars, and motel rooms. To Dave, Comedy is just sales with pictures at closing instead of paperwork.

He has been described by fellow comics, (to his face at least), as a “fast talking wise guy…that you just have to love

He has been described by fellow comics, (to his face at least), as a “fast talking wise guy…that you just have to love.” This five-year veteran of the Philly and DC circuit now brings his talents to the New York City club scene- but not before leaving his mark back home. Geno brings a resume that includes gigs as current spokesman for the Delaware Lottery, roles in several indie films shot in the Philadelphia area, and writer of a monthly humor column for entertainment magazines. His comedy focuses on the one thing he knows- his life or lack thereof. “I absolutely love what I do but I wouldn’t wish it on anyone. Everyone’s life is unique to them, which is also the very thing that makes it odd to everyone else and, in the end, so comical. So feel free to laugh at me but in doing so, realize that you also laughing at yourself and everyone else, and I believe that’s the beauty of our individuality.” Geno adds that his true passion is making people smile whether it be through comedy, acting, or anything in between. “I argue whether there is anything more beautiful than another person’s smile…sometimes it just takes a penis joke bring it out!” We told ya’ he was loveable…

2015 was a breakout year for actor/comedian Mark DeMayo. He appeared on Comedy Central’s The Nighty Show with Larry Wilmore.

2015 was a breakout year for actor/comedian Mark DeMayo. He appeared on Comedy Central’s The Nighty Show with Larry Wilmore. His solo show 20 & Out, about his career as a NYC Police Officer won rave reviews at the International Fringe Festival and he was
hired by Emmy Award winning writer (Monk) Andy Breckman as a Police Consultant for his new murder mystery show for ABC.
Mark is a native New Yorker and has the accent to prove it. As Mark tells it, “I wanted to do Shakespeare, but I have this heavy New York accent, so I went to a speech therapist, a good one, she was a big shot, she worked with Meryl Streep, after two lessons she gave me my money back, she said couldn’t help me because I wasn’t practicing enough. I said I am practicing at home,
but I can’t practice at work because I’m a NYC COP. I can’t yell, Thou art under arrest, at the bad guys, they’d laugh at me and walk away.
When not performing his stand-up comedy act or touring with his solo show 20 & Out, Mark writes an article entitled “Back in the Day” and produces a web- series “Off the Cuff” for the online publication
newyorknatives.com.
Mark has also been featured on Gotham Comedy Live for AX’s.TV, Showtime’s WhiteBoyz in Da Hood, and on MTV and VH1.He’s the formally homeless, drug dealing son of a roadie mother & police officer stepfather that has the ability to find humor in both the dark & light sides of his life. He has been married, divorced, wealthy, poor, physically fit, morbidly obese, well off, homeless, sober, drunk, arrested and released so he’s lived almost every aspect of life that doesn’t require incarceration. After realizing he didn’t look good in cardigans and couldn’t play a tiny string instrument, he decided to do comedy the old fashioned way: Be honest and let the audience into his life so they can laugh at his pain right along with him.
He can be heard on Sirius XM Fight Club on Channel Rush93 and The Bob Levy Show every week.

Sandy Marks broke into the standup scene in the early ’90s, after two years spent mining Neil Simon monologues for humor left him desperate to pen his own jokes.

Sandy Marks broke into the standup scene in the early ’90s, after two years spent mining Neil Simon monologues for humor left him desperate to pen his own jokes. (No offense, Neil.)
He’s got a knack for spinning facts and stats into fast-paced, stream-of-consciousness-style humor that doesn’t just inspire ebullient mirth but also hits home some rather startling truths about humanity. (Don’t believe me? Come watch him. No but really. Get off the couch.)
When asked, Marks describes himself as vapid, soulless, empty, and paranoid. But this serially self-deprecating Rolling Stone-approved “comedian” who, according to Time Out New York, may be “appearing at several clubs this week,” is a true charmer with enough energy to make any audience member sufficiently nauseous — or maybe that’s just his outfit (we’re not quite sure).
Marks has made dashing appearance on CBS’s “The King of Queens,” HBO’s “Comedy in the Park” and as a guest sports caster advocating animal rights on Fox and Friends (political opinions, his own).
In addition to touring nationally and overseas — memorable locations included but not limited to Vegas, Atlantic City, Paris, Venezuela, Bahamas, Turks and Caicos, and Amsterdam (hell yes) — Mr. Marks has graced the films “Kiss Me Again” and “Manhattan Comedy Nights” with his remarkably tall stature and unforgettably enormous hands.
I mean, really, what’s not to love? 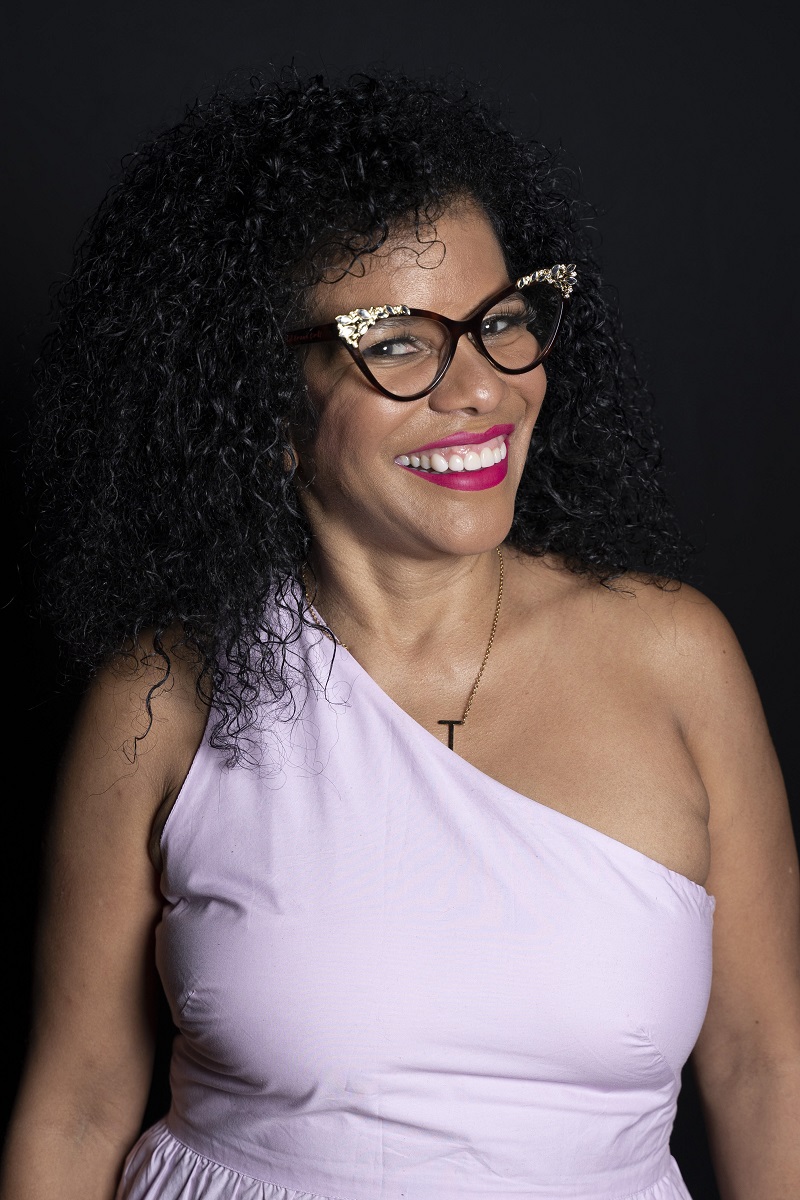 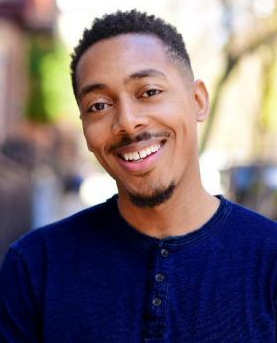 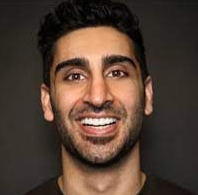 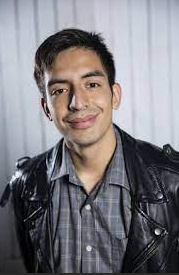 Cleveland, Ohio native Kyle Ocasio has been entertaining audiences ever since moving to New York City in the early nineties.

Originally trained as a dancer, she has performed and toured with several major dance companies before taking up acting and eventually standup comedy.

In 2014, she was featured on AXS TV’s Gotham Comedy Live where her stand up was hailed as “a fresh and welcome perspective” and Gladys magazine went on to describe her saying “Few women talk about motherhood, aging and fear of their own narcissism quite like Ms. Kyle Ocasio. My stomach hurt from laughter.”

She was the subject of the popular web series Women Working where her life as a comic and mother were chronicled. As an actor, she played a woman on a date from hell in the critically acclaimed comedy web series “Get Some” on Kollide TV.

Her jokes have been featured in Time Out New York, AM New York Newspaper, Fine Living, and Gladys Magazine.

She has been a guest on numerous podcasts, most notably a regular on the hilarious duo Epstein and Hassan’s “The Black & The Jew”. Her comedy is thoughtful, observational, and extremely autobiographical. No matter where her mind takes the audience they will always end up laughing and thinking.

She can be seen doing her stand up in most major clubs in New York City and regularly performs around the country. She currently lives in New York with her husband and three kids but if you have a better offer let her know.

Keith Alberstadt is a long-time comedy veteran who has appeared on the Late Show with David Letterman, Late Night with Seth Meyers

Keith Alberstadt is a long-time comedy veteran who has appeared on the Late Show with David Letterman, Late Night with Seth Meyers, and multiple times on Last Comic Standing. He has also contributed as a freelance writer for Saturday Night Live’s Weekend Update and Late Night with Jimmy Fallon.

Matt Ruby is a standup comedian and the creator of Vooza, a video comic strip about the tech world (aka “The Spinal Tap of startups”)

Matt Ruby is a standup comedian and the creator of Vooza, a video comic strip about the tech world (aka “The Spinal Tap of startups”). He’s been featured on MTV’s Girl Code, CNN.com, The Huffington Post, NY Magazine, Time Out NY (“Joke of the Year” nominee), ComedySmack (Winner of Best Web Short of the Year), Splitsider, Gawker, and lots of other places and has appeared across the country at comedy venues and festivals including SXSW, Bridgetown, NY Comedy Contest, SF Comedy Contest, Boston Comedy Festival, and the New Orleans Comedy and Arts Festival